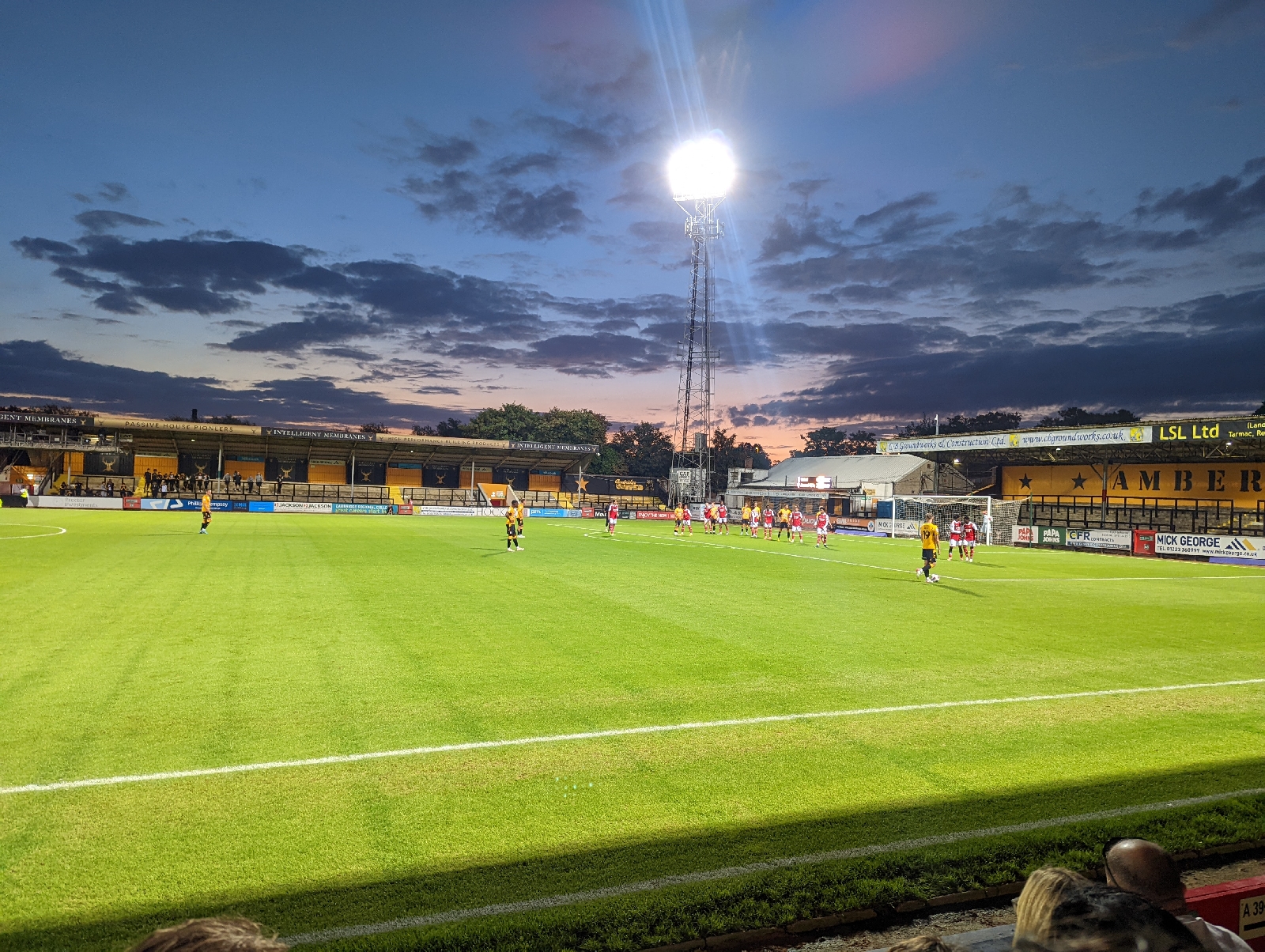 There is something magical about lower League football grounds, they just seem to have a quality about them that just can't be replicated at modern stadia. Add in a 2-0 win for the U21s, a new ground ticked off on Futbology and time spent with a close friend, and you've got a really fantastic evening.
Let's forget the two and a half hour journey each way, thanks by and large to the joy that is the M25. I mean, I know they have to do maintenance works at some point, but does the Dartford Crossing really need to be reduced to a single lane with cars trying to merge for two miles!? Oh well.
The game itself saw Arsenal's young guns put in a stellar performance to come away with the points, thanks to two goals from Nathan Butler-Oyedeji. Cambridge made a number of changes from their side that beat Burton Albion 4-3 on Saturday, but it still represented a test for the U21s to compete against a senior side and the physicality that that entails.
Arsenal started the game well, controlling possession and making their technical superiority tell. What was telling was the clear parallels between the tactical set-up of the U21s and the first team. We've all been impressed with the manner in which Oleksandr Zinchenko offers so much as an additional midfield option, and it was telling to see full-back James Sweet operate in a similar capacity, allowing central defensive pairing Zach Awe and Taylor Foran an extra option in the centre of the park when playing out from defence.
Midway through the first half, Butler-Oyedeji capitalised on a mistake by the Cambridge goalkeeper to place the ball into an empty net and give Arsenal the lead. It was then that I spotted former They Think It's All Over panelist Rory McGrath cheering the opening goal and swiftly questioned to my friend, evidently far louder than I anticipated, "is that Rory McGrath!?" His wife then turned around and stared at me, so I think we'll take that as a yes.
Up until the opening goal, the game had been quite even, despite Arsenal dominating possession. As the game approached half time, the hosts did create a couple openings, most noticeably being denied by a smart stop by Karl Hein.
Arsenal started the second half in much the same way that they finished the first, dominating possession and showing an impressive technical security, and it wasn't long before Butler-Oyedeji found himself one-on-one with the goalkeeper thanks to a lovely pass by the impressive Awe, only to see his dinked effort blocked; he didn't have to wait long though before adding to his tally though.
Powerful play by Tim Akinola in the midfield followed by a smart pass to Butler-Oyedeji, found the 19-year-old in acres of space, before he rifled into the near post to double the Gunners lead. Arsenal then threatened to run riot, hitting the woodwork twice, firstly through Jack Henry-Francis, before a sensational solo run and long range effort from Butler-Oyedeji clipped the top of the crossbar to deny him his hattrick.
A raft of changes from both sides disrupted the flow of the closing minutes, with Arsenal comfortably seeing out the game to claim three points and the perfect start to their Papa John's Trophy campaign.
Next up sees the Gunners travel to Ipswich Town on September 20th, where they'll be hoping to test themselves once more on the senior stage. Meanwhile, it's back to first-year action for me tonight!