As Transfer Deadline Approaches, Can Arsenal Complete Their Squad? 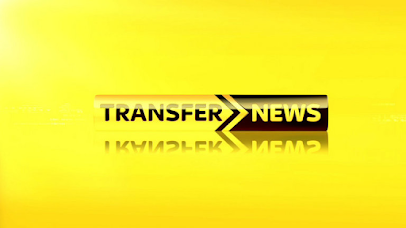 As transfer deadline day looms upon us, fans up and down the country begin to panic about the respective state of their squads. I am of course no different and will spend the next three days glued to my phone, awaiting information regarding outgoings and hopefully, incomings.

In previous years, I have obsessed over the idea of transfer deadline day far more than in recent times. This is partly due to harboured expectations, but it is still a date in the football calendar that interests me. Last year, we were treated to the late arrival of Takehiro Tomiyasu and it's fair to say that, despite an at times injury-ravaged season, he has been a big hit at the club. This level of competency in the transfer market is a recent novelty for us Gooners, having spent years watching money be wasted on ageing players who neither fit the culture or the need of the club. However, despite bringing in five signings already, in the form of Marquinhos, Matt Turner, Gabriel Jesus, Fabio Vieira and Oleksandr Zinchenko, Arsenal still appear to be short in a couple of areas across the pitch. Mikel Arteta, astutely aware of the state of his squad, recently said: "We know we are short, we have to add more firepower and we can do it," a comment that could be construed as a message to the hierarchy.

Arsenal have addressed a number of issues in the transfer market so far and from internal squad promotions. Both squad depth and starting quality have been improved through some smart acquisitions and of course the revelation that has been William Saliba. Below shows the current first-team squad, with a few excused due to their likely departure before the end of the window. However, although we clearly have cover across each position, there are a couple areas clearly lacking depth.

The first is an area that supporters have been crying out for signings in over the past couple of transfer windows. Arsenal have a very good starting CM partnership in Granit Xhaka and Thomas Partey, despite the criticism that the former has garnered during his time at the club. However, whenever Xhaka is absent, his presence is sorely missed and he has clearly taken his game up to a different level during the early games of this campaign. The two reserves are Elneny and Lokonga, who both have their limitations within the squad. Elneny is fine. He comes in, does a job and seems content with his role within the squad. A club like Arsenal needs players like Elneny, they really do. He's great for morale, is a senior player and clearly is a stabling influence on some of the more youthful members of the squad. However,  if Partey was out for the whole season, would Arsenal be able to get by with Elneny manning the DM position? That question is very much up for debate. Then there is Lokonga; who is yet to really make an impression as to his role within the Arsenal midfield. He is youthful, promising, but not quite at the level he needs to be as a '6' to cover for Partey, or as a left-sided '8' to offer realistic competition for Xhaka.

Arsenal have been linked with very few CM during this transfer window, but the name that keeps cropping up is that of Youri Tielemans of Leicester City. My first instinct here is to highlight that he is quite clearly not a like-for-like replacement for Partey. If he did arrive late in the window, then it would surely be as a player that would of course add depth to a key position, but allow Arteta the opportunity to play in a different way in certain games, which in itself is an exciting prospect.

The difficulties of that deal have presented themselves in recent weeks though. Leicester seem to be a club struggling based on their start to the season and having just lost Wesley Fofana to Chelsea, will be reluctant to lose another key player. However, he does have just one year left on his contract, which means that Leicester are in a position to either sell now, or risk losing him for nothing next year. My theory for a long time has been that Arsenal are waiting until the last moment of the window to try and force the Foxes hands and drive the price down as much as possible. This deal has certainly gone quiet in recent weeks, but it is one perhaps to just keep an eye on as we approach the last couple of days. Elsewhere, following the loan move of Nicolas Pepe to Nice, it leaves Bukayo Saka with very little back-up in the RW position. There are other players who could occupy this area if required, but the natural fit would be either Reiss Nelson, who is currently out with injury and yet to show he really has the capacity to perform regularly at this level, and the completely unproven new boy, Marquinhos. David Ornstein, reporting for The Athletic, suggested that the signing Arsenal were keen on completing was that of Pedro Neto from Wolverhampton Wanderers, but any deal to bring the Portuguese in is quite clearly one that would take a substantial financial outlay at this late stage of the window. The 22 year-old has only recently signed a long-term contract with the club, so there is no pressing need for Wolves to sell one of their prized assets.

Another name that has started to appear is that of Ukrainian youngster Mykhalo Mudryk, who currently plies his trade with Shakhtar Donetsk. I do not know anything about this guy, but he is reportedly very highly thought of and is attracting a lot of interest from teams across Europe. It wouldn't be a surprise to see the club recruit a somewhat leftfield signing in the coming days, given the way that the Fabio Vieira deal transpired. Nevertheless, with links with Mudryk becoming more prominent, it might well be one to watch.

In the remaining three days of the window, we aren't going to see a supermarket sweep ala 2011, which saw Arsene Wenger bring in five first-team players in just 48 hours. Nor are we going to see a record-breaking transfer deal like in 2013, when Mesut Ozil arrived in the capital for a then eye-watering £42m. But we might just see an already very good squad transformed into an excellent one.