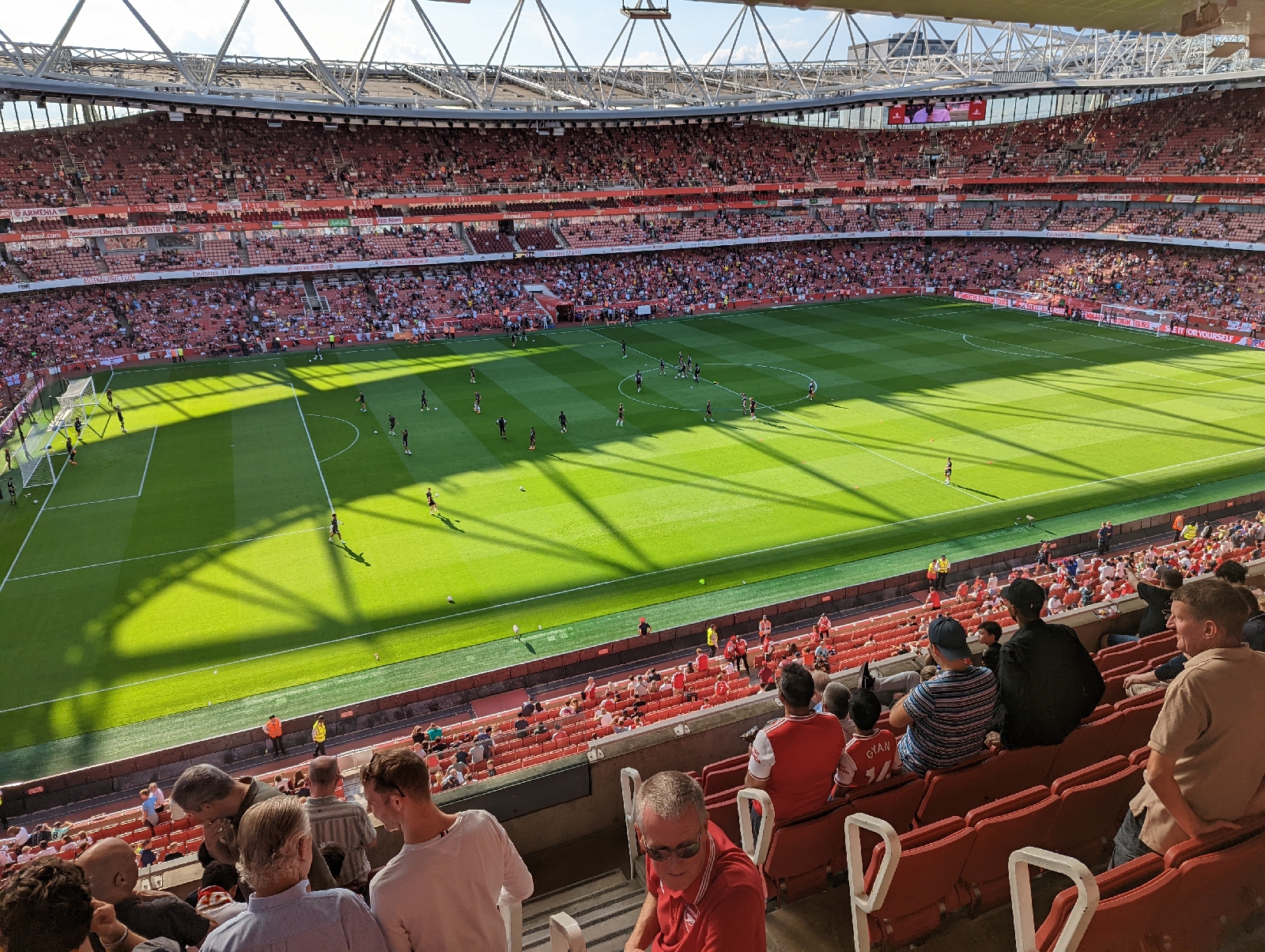 Well, that was an exhausting evening. When things appear to be going just a little bit too well, Arsenal have an uncanny ability of bringing you hurtling back down to earth. But in this instance, perhaps that's a good thing.
Arsenal eventually ran out 2-1 winners on Saturday evening, thanks to goals from Martin Odegaard and Gabriel, but that really only tells half the story. Fulham had taken a surprise lead following a mistake by the latter, which was punished in clinical fashion by Alexander Mitrovic. At that point, three points and a perfect start to the season seemed in real doubt.
Arsenal were hit with a double-injury blow prior to kick off, with news that both Thomas Partey and Oleksandr Zinchenko would miss the game. Both have been integral cogs to the Arsenal machine in the opening three games of the Premier League season, and there was real concern circulating around The Emirates in the build up to kick off. Replacing them were Mohamed Elneny and Kieran Tierney and it wasn't long before some of the issues of replacing two mainstays of the team started to present themselves.
Tierney in particular struggled to replicate the swashbuckling performances that Zinchenko has been putting in since his arrival, and largely, that's because he is a totally different player. For periods of the first half, Tierney found himself occupying the central midfield region that Zinchenko seemlessly transitions too, but without the creative nous and security on the ball. Other times, Tierney held the width and offered overlaps, traits far more associated with his game, and it was during these periods where he looked most threatening.
When Fulham did take the lead, it was through a horrid mistake by Gabriel, and he had had a warning shot in the first half. On that occasion, again pressed by Mitrovic, the referee awarded Arsenal a free kick and panic was overted. In the second half, there was no such reprieve.
Although Arsenal have looked a different side to the one that narrowly missed out on Champions League football last season, they've not had to test themselves against the adversity of falling behind. Mikel Arteta reacted quickly, bringing on Eddie Nketiah and switching to a 3-5-2 formation in an attempt to break through the Fulham barricade. Nketiah looked sharp and from the second he stepped on the pitch, helped to insert some much needed energy into a game that seemed to be getting away from the hosts.
Before long, Odegaard, Arsenal's best player by some distance, leveled via a deflected effort. His third in two games and a much needed pick-me-up to set up a grandstand finish. Arsenal huffed and puffed and eventually, the pressure told. With just five minutes remaining, a mix up in the penalty box allowed Gabriel to atone for his earlier mistake, completing the comeback amidst wild scenes at The Emirates.
There were edgy moments throughout the game, but this felt like another step in the right direction for Arteta's young Gunners. Sometimes, you have to win ugly. Against Fulham, that was certainly the case.