Welcome to The Arsenal, Willian! 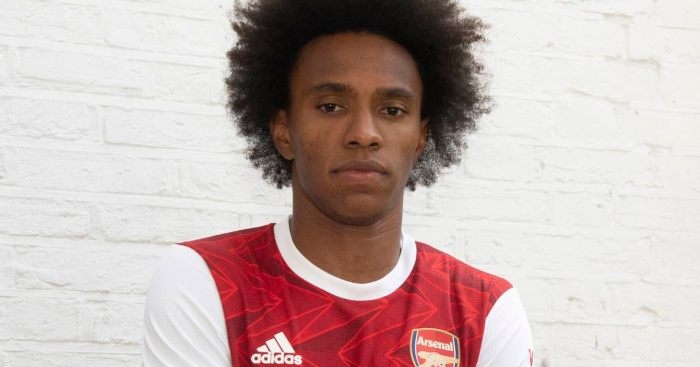 Yesterday, Arsenal announced the signing of Brazilian attacker, Willian, on a three-year contract. As is so often the case with modern-day signings, the news was hardly a surprise, with the footballing world aware that the deal was imminent for over a week now.
It has been a signing that has been met with some derision from a selection of the Arsenal fan base, and it is perhaps understandable trepidation given the clubs recent history of signing ageing players from Chelsea; even the most devout optimist would struggle to convince that Petr Cech and David Luiz have been resounding successes.
But to me at least, the signing of Willian feels different to the two examples above. Firstly, he is a player who Chelsea were keen to keep, and had it not been for their refusal to sanction a three-year contract, he would have more than likely remained in West London. Secondly, he offers versatility and experience in an area of the field that Arsenal are crying out for. As a club, we are blessed with some exceptional attacking talents. Gabriel Martinelli, Reiss Nelson, Emile Smith Rowe and Bukayo Saka all offer a bright and exciting future, but with youth comes inconsistencies. The Gunners need players to bridge the gap between the now and the future, and Willian should certainly help with that regard.
Much of the animosity towards the signing has been the age profile of the Brazilian. He is 32, which for an attacking player reliant on explosive pace and power, could make hay for a rapid decline. Football however, appears to be changing.
Footballers are fitter now than they've ever been before. Simply looking at some of the most effective and impactful players in Europe brings evidence to that. Lionel Messi is 33 and still carrying Barcelona single-handedly; Cristiano Ronaldo is 35 and has just won the golden boot in Serie A; Robert Lewandowski is 31 and is in the middle of the season of his life, with 54 goals in all competitions to date; while players of a lesser profile such as Joao Moutinho, at the age of 33, is starting for Wolves in the Premier League every week and running their midfield. This of course is not a rule for everyone, but it is an indication that the career trajectory of football could be changing.
The other aspect of the deal which has drawn criticism is the offer of a three-year contract. By the end of Willian's new deal, he will be approaching his 35th birthday, which on the face of it seems another short-sighted piece of business. However, if this signing is supplemented with the arrival of younger players with more longevity to offer the club, then I don't see an issue with it. Willian has not been signed with any resale value in mind. He has been signed to immediately make this Arsenal squad more competitive.
In his seven seasons at Chelsea, Willian played 40+ games in every single campaign, a fact which demonstrates just how well he looks after his body. As he ages, these numbers will inevitably drop, which is where the youthful exuberance already in the Arsenal squad comes into play.
Football operates in a world where everyone can immediately voice their opinion for others to hear or read. Conversations that were once reserved for the pub or the terraces now happen on a 24-hour basis through social media, which can be both a blessing and a hindrance. Certainly with this signing, it feels like the latter. The negativity over a new signing has been something that I've found hard to stomach. I yearn for the days where signings were met with excitement and not the analytical critique that now exists so much. We are supporters and not accountants, coaches or executives.
Hopefully Willian proves his worth in the coming months, and I for one will be right behind him and so should everyone else. People are entitled to an opinion, but the second a player pulls on the famous red and white, they are a part of The Arsenal.
Good luck, Willian, I hope the Cannon isn't too heavy!