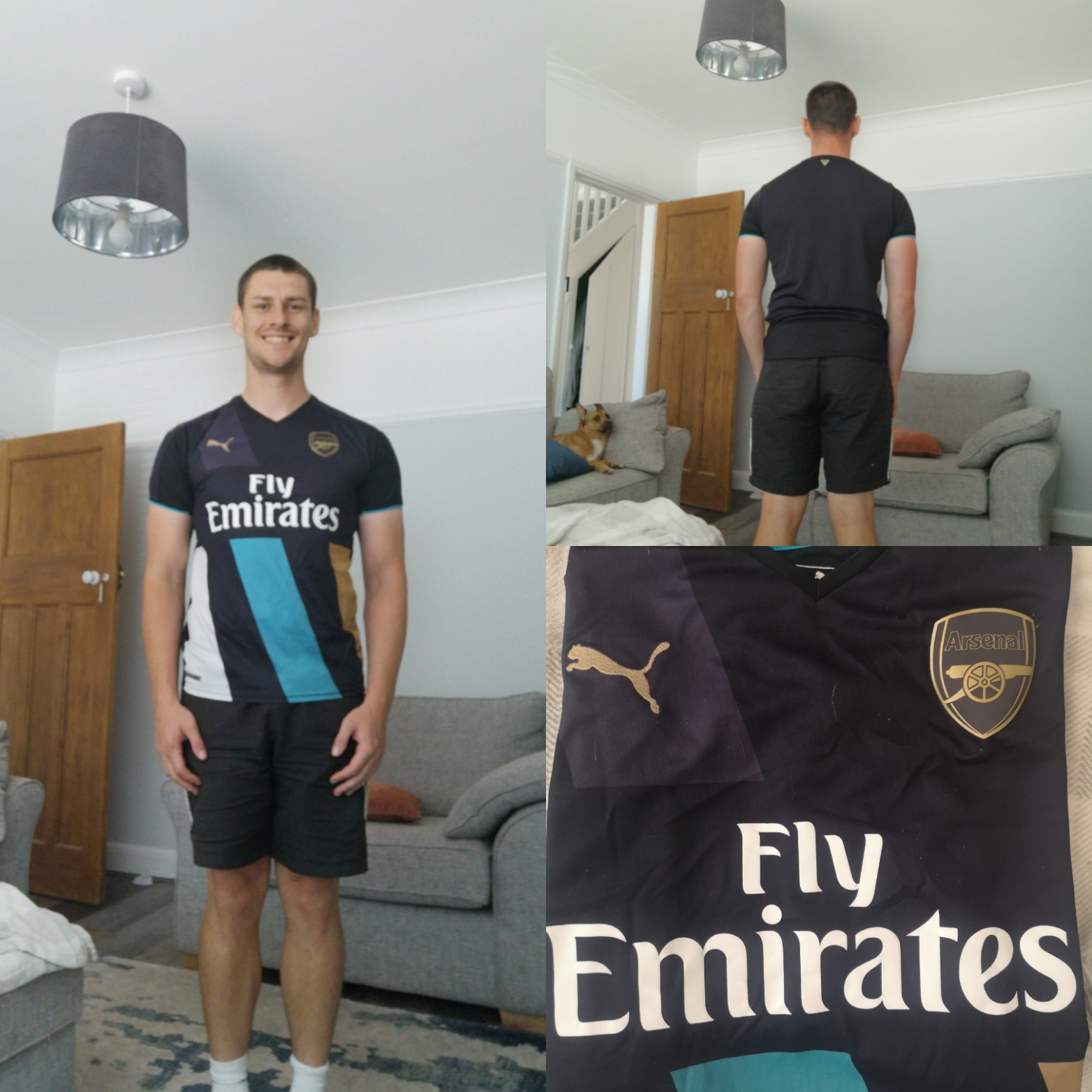 This morning, Laura had to go off to work, so left and woke me up at 5am. I desperately tried to go back to sleep, but my whiney dog didn't think I needed any additional hours.
So, I got up and immediately started to panic as to who was going to select my shirt for the day. My routine throughout this project has been to get up and have a shirt chosen early. Today, I had to be creative. When I went downstairs to feed my dog, I had a brainwave; put five bits of food in a circle in Bambi's bowl, number them one to five and let her choose! This was the unanimous winner.
My actual memory of this shirt falls on one fixture and one fixture alone. In the 15/16 campaign, Arsenal had been on the verge of being knocked out of the Champions League at the group stage, but a resurgence of results, including a 2-0 win at home to Bayern Munich, had given the club hope. Heading into the final group game away to Olympiakos, the Gunners needed to win by two goals to secure their progression to the knock-out round.
A couple of my friends and I had decided to go and watch the game in Twelve Pins in Finsbury Park, and within an hour of arrival, we had sunk a number of pints to calm our pre-match nerves. My friend, Andrei, having seen the starting line up, made a bold claim; if Arsenal went through, he would order a shirt the following day with Joel Campbell on the back.
Due to a number of injuries, the Costa Rican winger had found himself making a string of first-team appearances, but he still maintained an element of novelty that made this bet bold yet hilarious.
Olivier Giroud put Arsenal in front midway through the first half, but it was his second of the night that had put the Gunners in sight of the result they so desperately needed, and Andrei in sight of a shirt he would no doubt rarely wear. 18 minutes later and it was three, and the bet was no longer in doubt! Andrei assured me that he would stick to his promise, but I remained sceptical.
The following day, while sat at my desk at work, I received a photo at 10am. It was of course an email from Arsenal Football Club, confirming the purchase of one Arsenal shirt, with number 28 and Campbell on the back.
Andrei Grayson; a man of his word!