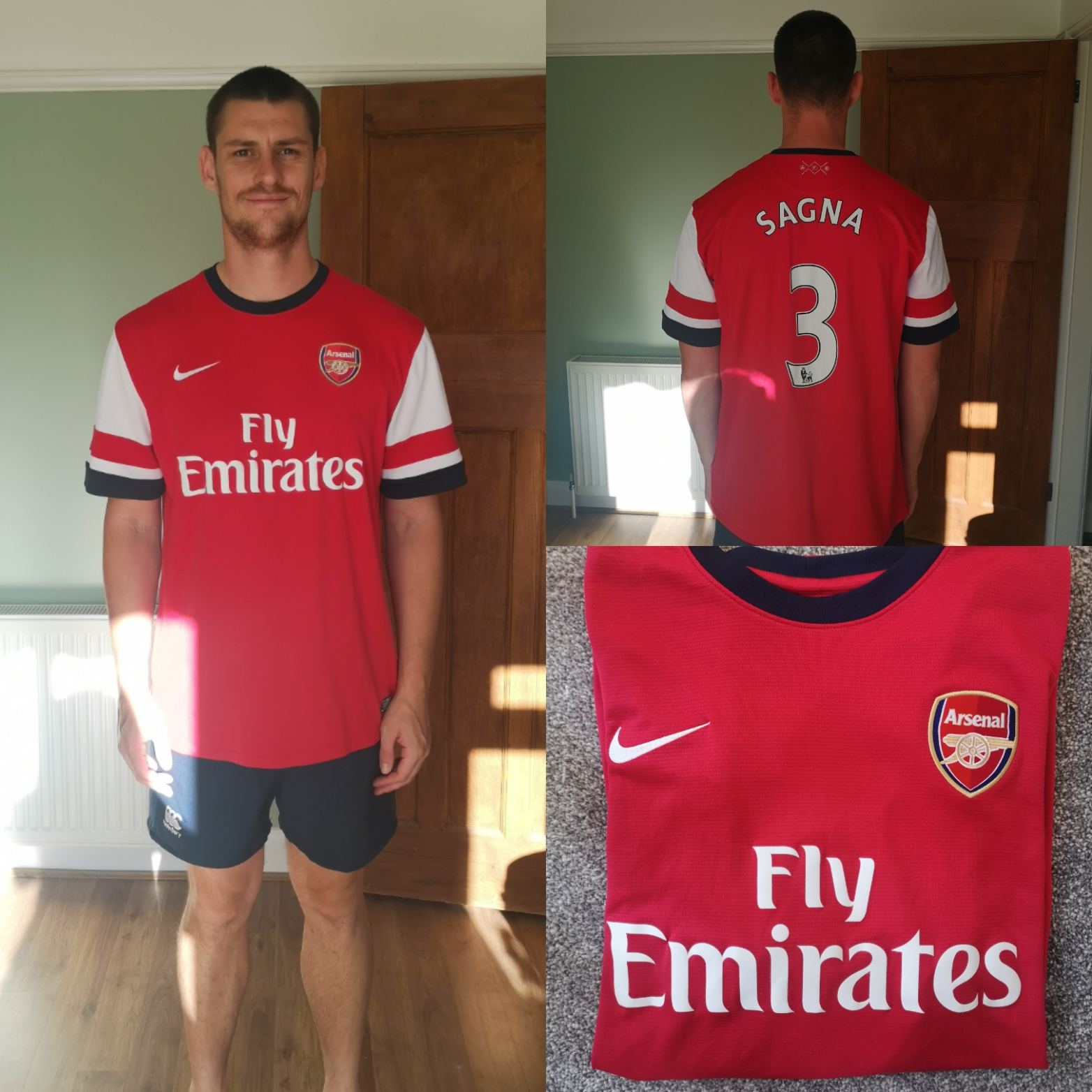 While at University, I studied Sport Journalism, as for a fleeting moment I believed that this was the career for me. That's not to say that I don't enjoy writing about Arsenal, but I struggled with the idea of doing it as a career as not only would working in this field restrict how much I could commit to supporting my club, it is also something that I don't believe comes naturally to me. Fortunately, I have stumbled across teaching, which I love and now can't imagine doing anything else.
The point of this intro is linked to the player on the back of the shirt. Bacary Sagna was a tremendous right back, and he is one of the few players since the Invincibles that I truly believe would make it into that side. I loved Lauren, but as an all-round full back, Sagna had a bit of everything. Now to actually link the player with my intro.
During my final year at University, I decided to focus my dissertation around supporter locality, and a part of this crept into if foreign players understood the culture of a club, and specifically the relationship with local rivals. As part of my research, I interviewed Arsenal supporter and presenter, Tom Watt.
This interview happened in a quaint little cafe on Holloway Road before a home game against Wigan Athletic. A few months before, Arsenal had come from two goals down to their North London rivals, Tottenham, to win 5-2, so I asked him whether he thought foreign players understood this. His response has stuck with me ever since:
"Who was the man who stepped up when we were two down and looked out of it? Bacary f*cking Sagna. He gets it, look at his desire to score that header!"
Despite it being a question that I would have answered in a similar way myself, the answer epitomised football. There will always be some players who understand and embrace everything that the fans feel. Equally, there will always be some who arrive, content with picking up their pay cheque and see the North London Derby as just another game.
My posts this week keep reverting back to this Derby, and this is largely because I'm still hurting from Sunday. A starting XI of Bacary Sagna's on the weekend would have gone a long way to ensuring that that outcome would have been avoided.
Kieran Tierney is my hope for the future.