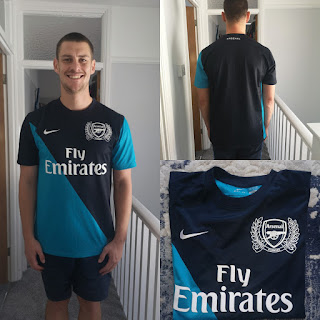 I have always been of the opinion that loan deals are something that big clubs simply do not do. It is still a view that I continue to share, but it has loosened slightly due to the fact that Arsenal are simply no longer where they really should be in world football. Arsenal remain an enormous global brand with supporters from all corners of the globe, but it is fair to say that the sporting performance has diminished somewhat over the past decade.
This season, Arsenal secured the loan signing of Dani Ceballos from Real Madrid, and although I found this exciting, there is a part of me that has struggled to truly get behind the Spaniard in an Arsenal shirt. Nevertheless, the last couple games have started to build that, with his high-energy, combative and creative performances endearing himself to the Arsenal fanbase.
When I was growing up, Arsenal were hitting the heights of their domestic success. The thought of Arsenal signing players on anything other than a permanent basis seemed absurd. With the team we had, why would we need to borrow players from another club? I suppose that is the point, we didn't. Fast forward to 2007, and Arsenal made the first loan signing that I can remember during my time as a supporter. Even this though, felt slightly different to future loan dealings.
Jose Antonio Reyes had become disillusioned with life in North London, and the Gunners were able to negotiate a loan swap, allowing Reyes to sign for Real Madrid, with long-time target Julio Baptista coming the other way. The reason this felt difference, was because it felt as if a permanent deal for both players was likely. Ultimately, neither happened.
In 2011, having just lost 8-2 at Old Trafford, Arsenal went on a spending spree in the last few days of the transfer window, signing Mikel Arteta, Per Mertesacker, Andre Santos, Park Chu-young and Yossi Benayoun, the latter arriving on loan from London rivals, Chelsea. This single signing was the first time that I felt that Arsenal were no longer competing at the summit of English football. Chelsea, willing to give us one of their players to help us out? That shouldn't happen!
I was completely underwhelmed by the signing of the Israel international, and I almost felt insulted that we required this help. But when he arrived, he was a credit to the club, and I was actually disappointed that we didn't manage to sign him permanently. The biggest compliment you can pay Benayoun, is the fact that he played for Arsenal, West Ham, Liverpool and Chelsea, yet no one would have a bad word to say about him. He was the model professional and would invariably produce a solid performance, regardless of the role he was asked to take on.
He is a player who spent one season at the club, yet I look back on this campaign with warmth and fondness. It wasn't until the second half of the season that he started to cement a place in the starting XI, but once he did, he contributed vital goals against Aston Villa, Wolves, Norwich and crucially, on the last day of the season to help clinch a Champions League spot, away to West Brom.
In the current climate, it feels as if loan signings will be come far more common than they may previously have been at the top tier of football, and maybe my opinions will need to be tapered somewhat. Ultimately, whoever carries the cannon on their chest, regardless of the length of time, will have my unconditional support. That is what it means to be a supporter.