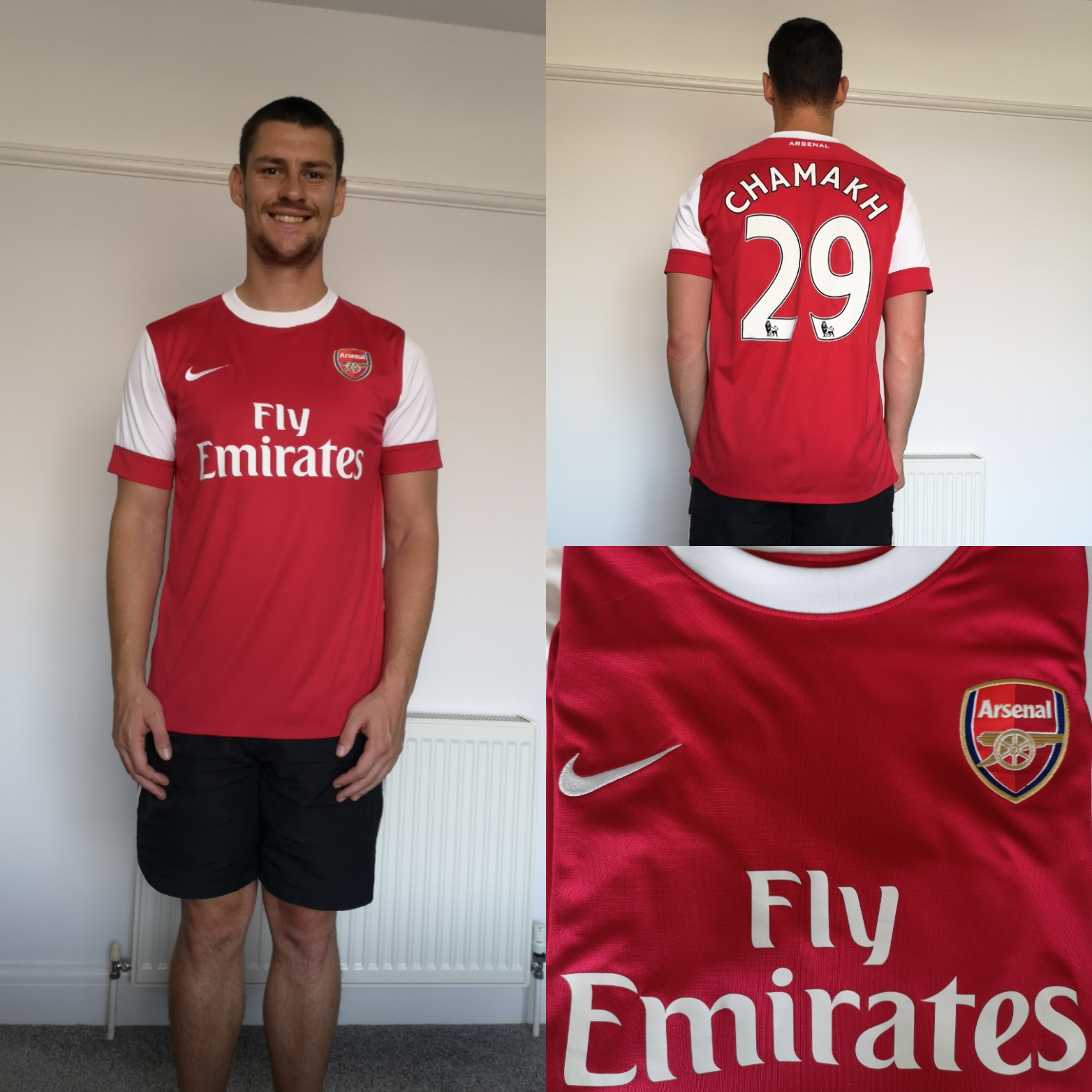 I've been waiting for this shirt to turn up on my list for a while, and I'm sure my brother, Chris, has as well!
This is the second carnation of my ownership of this shirt. The journey between the two is a topsy-turvy, event-ridden tale of idiocy. You're in for a wild ride.
For my Birthday in 2010, my Dad offered to buy me an Arsenal shirt. He said I could have whatever I wanted on it, so I plumped for a Champions League patch and the name and number of Samir Nasri. When the Frenchman made the decision to leave the club the following summer, I was left with a serious dilemma; do I hide the shirt away in a cupboard, never to be disturbed again, or do I try my hand at a bit of shirt DIY. Foolishly, I chose the latter.
After some intense research, I discovered the method needed to remove lettering, so equipped with my iron, I set about turning my shirt into a retro classic bearing just the number eight. To my surprise, the method actually worked! To my dismay, it simply left a bunch of glue that spelled out Nasri. Despite aggressive scrubbing, the glue would not budge, leaving me with a shirt that definitely needed to remain in the cupboard for the rest of eternity.
Fast-forward to the beginning of this project. When I pulled this top out, I decided I couldn't justify a shirt of such embarrassment in my collection, so I set about mending it. A quick search on eBay allowed me to locate some Premier League lettering, so I spent £8.42 to re-purchase the name that I had worked so hard to remove. When they arrived, I was left with a further conundrum; the letters were bigger than the original letters. Nevertheless, I glued them on.
To my surprise, it actually looked okay! Sure, between the letters there was still a faint outline of glue, but unless this was observed closely, it was hardly identifiable.
Later that night, one of the letters had started to peel off. So, equipped with my newly found letter attaching skills, I set about fixing this mild defect. Disaster. A slip off of my protective tea towell and the shirt began to melt in front of my eyes. Heartbreak. There was no way that I could mend this one. 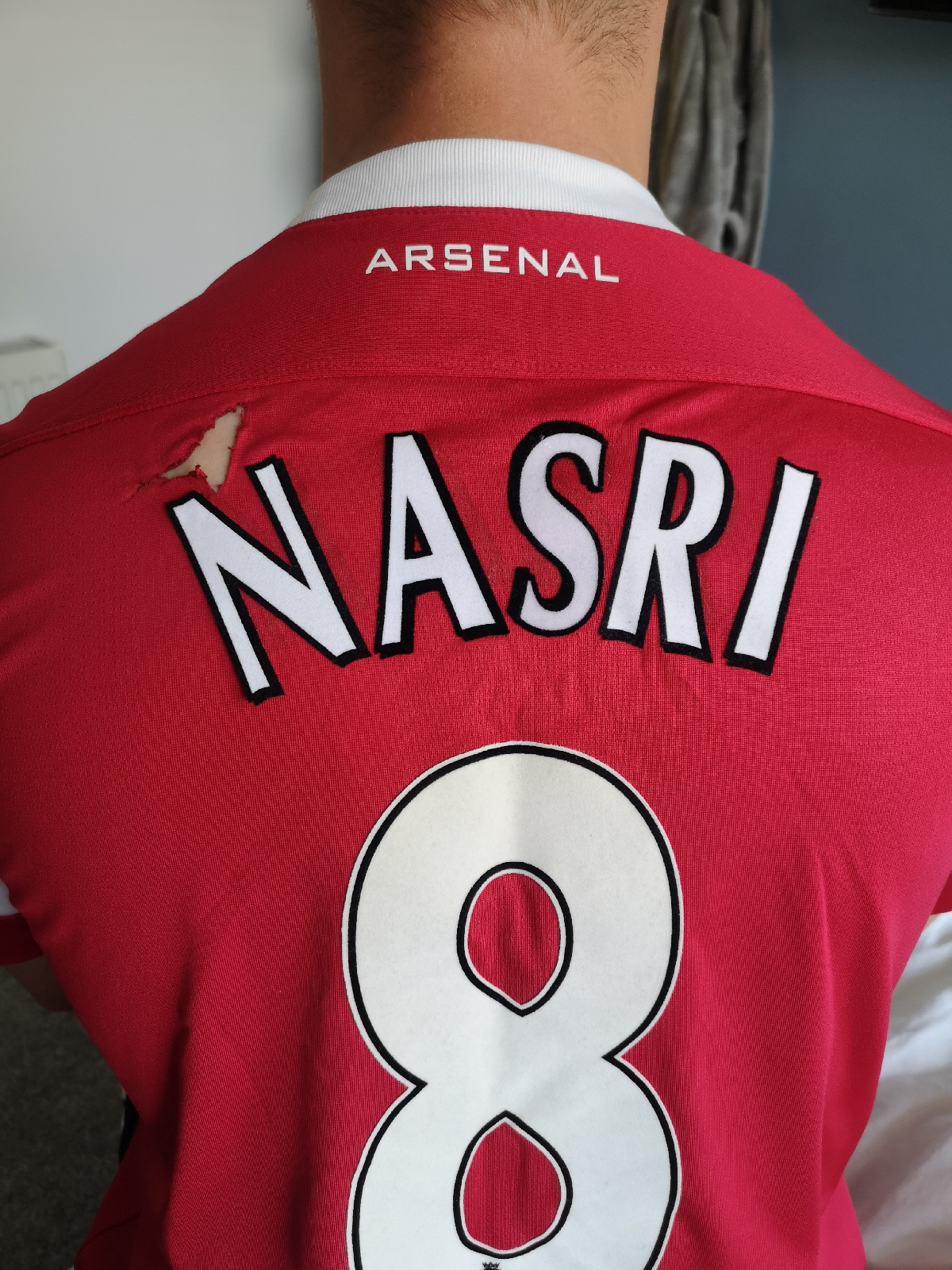 Reeling from the loss of one of my collection, I did what any 30-year-old man  would do in this situation; I called my Mum. Within minutes, we had located a replacement shirt, with a name that I found humourous, for a reasonable price.
And that, is the story of the second coming of this simple but elegant shirt. The lesson? Cry enough to your Mum and any situation can be remedied.