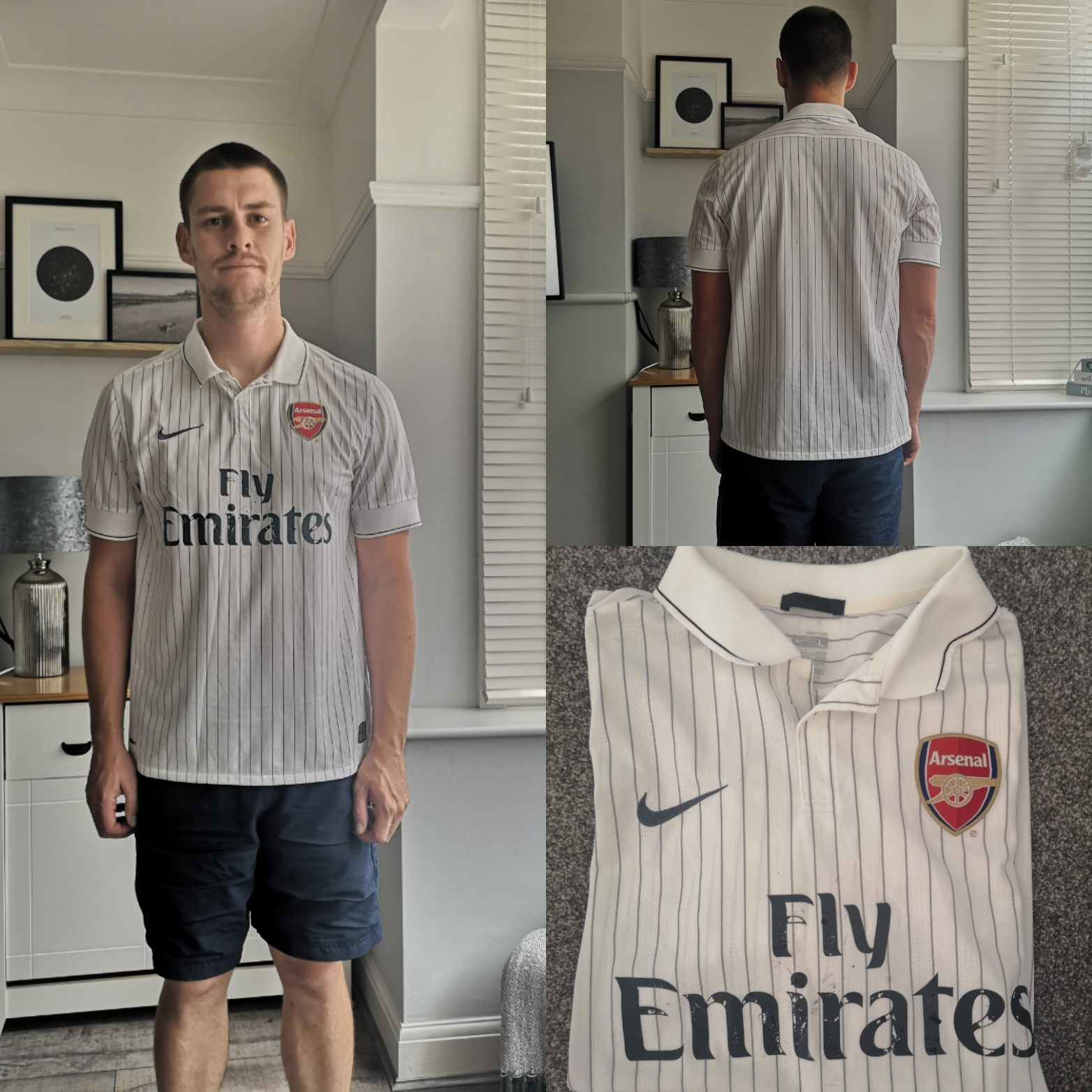 For some reason, the Fly Emirates logo on this shirt has become a total mess. In my quest to replace it, I've found that this is a remarkably common defect, made worse by the fact that the shirt is white. Therefore, when I have washed this shirt, parts of the logo have spread to the rest of the shirt and caused a number of stains. In time I'm sure I'll find a replacement, but for now it will do.
Thinking back to the 09/10 campaign, I can't help but compare that squad to the one that we have now. During this period, Arsenal seemed to collect attacking midfield players; Cesc Fabregas; Samir Nasri; Andrey Arshavin; Abou Diaby; and Tomas Rosicky to name but a few. Sure, defensively we were often found wanting, but my God was it entertaining to watch.
Arsenal were a squad that had gained a reputation as the nearly men. They would often start seasons well before falling away, with a lack of experience often positioned as the annual excuse. But out of the list of names above, every single player would walk into the current Arsenal side, and in all likelihood, be arguably the best player on the team.
Arsenal are crying out for midfield talent or creativity from wide areas, almost as much as they require a competent defender. In the years following the Invincibles, I for one certainly took for granted the calibre of football that I had the privilege of watching each season. Champions League football every year and some of the best talent across Europe learning their trade in North London, it truly was as good as things get without making that final step to winning trophies.
Whatever other teams were achieving, we could always counter that argument with the claim that we played the best football in the country. On our day we could beat anyone. If Arsenal could have kept hold of these players for longer, without the pressure of needing sell in order to make the move from Highbury to Emirates Stadium sustainable, I'm fairly certain that generation would have won some trophies. Project Youth at that time certainly came close to achieving what it set out to achieve, and with the financial pressures surrounding Arsenal now, it seems like a similar model will need to be followed to get the club back on track.
Arsenal now languish in 9th, and look like the 9th best team in the league. Remember when everyone thought it was all Arsene's fault? Maybe it's worth revisiting that view.