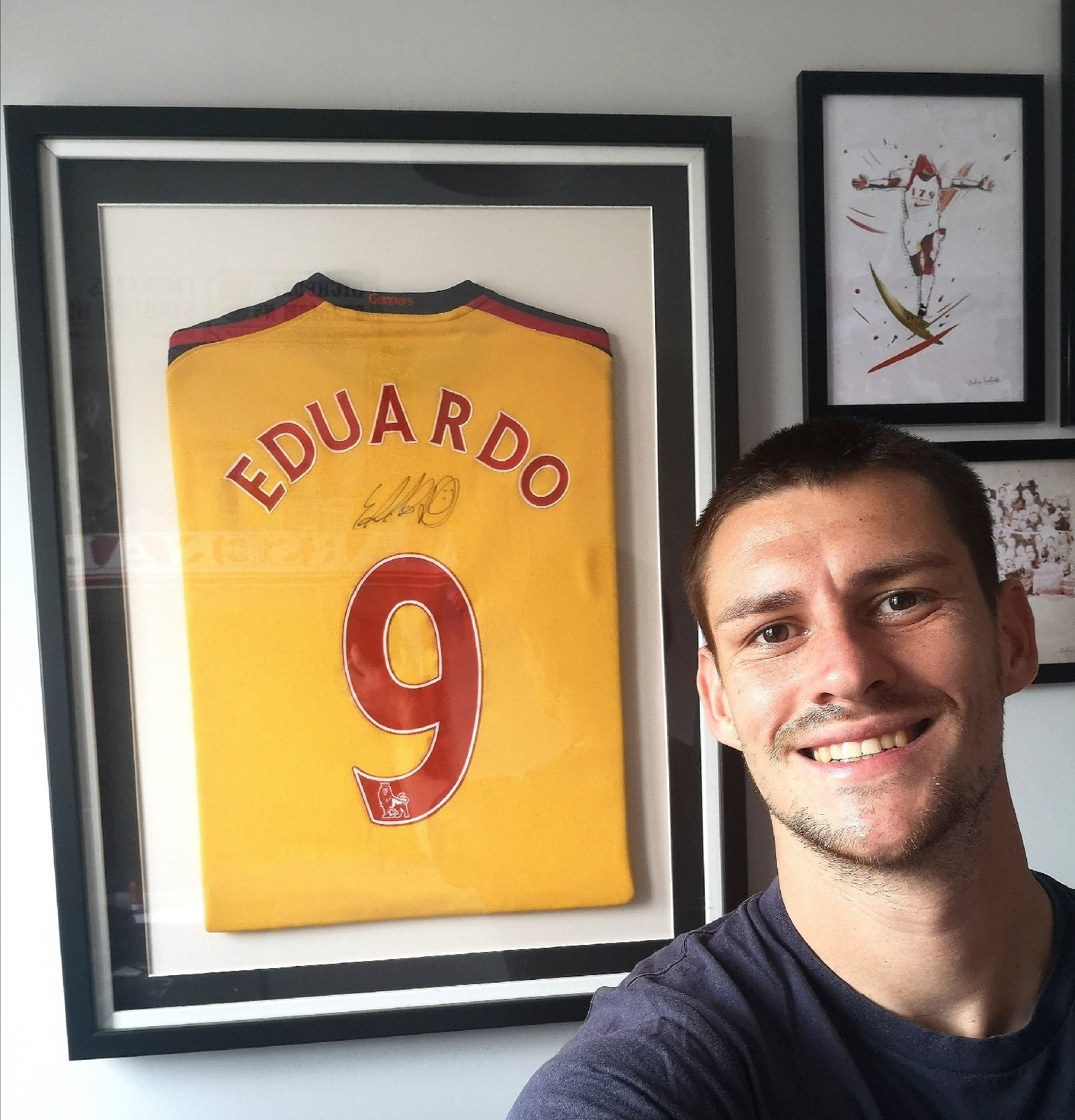 It would have taken a lot of effort to take this out of its frame in order to pose in my usual format, so you'll have to make do with this!
Previously, I have been very vocal about my lack of interest in signed items, unless they are signed for me by the individual. In 2008, I attended a shirt signing at The Armoury outside of Emirates Stadium, where I queued for a good couple of hours to have Eduardo da Silva sign my shirt, which now proudly hangs in my office. I would like to get another copy of this shirt at some point to accompany the rest of my collection, but it was never a priority for this project.
When I moved into my house, I had a long conversation with Laura about whether or not I was allowed to convert our office into an Arsenal room. Slowly but surely, I have managed to win this battle, with this shirt being the centre piece of my display.
It would be inappropriate for me to not speak about the player himself. When he arrived at the club, his signing is truly the last arrival that shocked all fans. It was a signing that came out of nowhere. There was no indication that Arsenal were even interested, yet all of a sudden he appeared on the website, proudly holding aloft his new number nine shirt. He began his Arsenal career slowly, but once he found his feet, he showed what an adept finisher he was in even the most pressured situations. It looked as if Arsene Wenger had unearthed yet another gem.
Then his tragic injury at Birmingham. A late challenge left the Croatian with a broken leg and dislocated ankle, and his career under threat. Arsenal then proceeded to crumble in their challenge for the title.
To his credit, Eduardo battled back and on his return in the FA Cup against Cardiff City, notched a brace to bring the comeback full cycle. He showed glimpses of his old self, but it was clear that he was no longer the same player. Eventually he departed for Shakhtar Donestk in 2010, where he immediately had the chance to return to the Emirates in the Champions League, and he was even able to notch a late consolation for his new club in a 5-1 defear. Then, one of the most unique and moving moments I have had the pleasure of witnessing at a football match occurred. The entire stadium rose and applauded the goal, before chanting Eduardo's name repeatedly; a thank you for the service and sacrifice that he made during his time at the club. 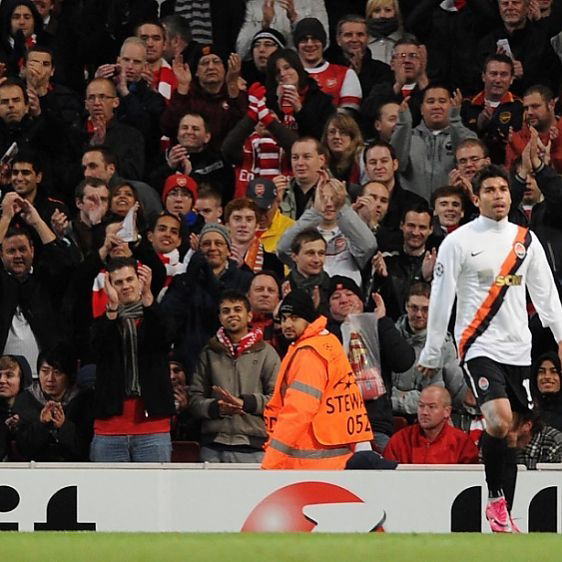 Sometimes, heroes don't have to be superstars. Sometimes, just giving your all is enough. With Eduardo, this was more than enough.