"It's Freddie Ljungberg again, pushed out by Barthez.... WILTOOOOOOOORD! Arsenal have scored yet again in the Premiership, and this could be the most crucial goal of all!"
Fuck. That's the word that my phone suggested that I wrote after the above paragraph; and I couldn't think of a more apt description of my feelings of that night. I'm still not over it! The rivalry between Arsenal and Manchester United was meteoric, and a singular glance at any of the meetings between the two tells you all you need to know about the intense hatred across the two clubs. There was of course a mutually grounded respect, but this was masked by anger, competitiveness and a relentless drive to get one over the enemy. Of course, the midfield generals of the two sides, Roy Keane and Patrick Vieira, became the face of this rivalry and epitomised everything that this fixture meant.
Arsenal arrived at Old Trafford having already clinched the FA Cup, and so were chasing their third double. They knew that a point would be enough to take the title away from United but played with an authority and defensive nous that meant that this was the very least that they would get. Having watched the whole game back on many occasions, Arsenal never looked like conceding. That game could have been being played for the last 18 years, and I still don't think United would have found a way through.
Then the moment; Sylvain Wiltord rolling the ball under the splailing body of compatriot, Fabian Barthez; raptures in the away end; dismay in the home. Oh, and there is the small matter of the greatest banner to ever be unfurled at a football match. 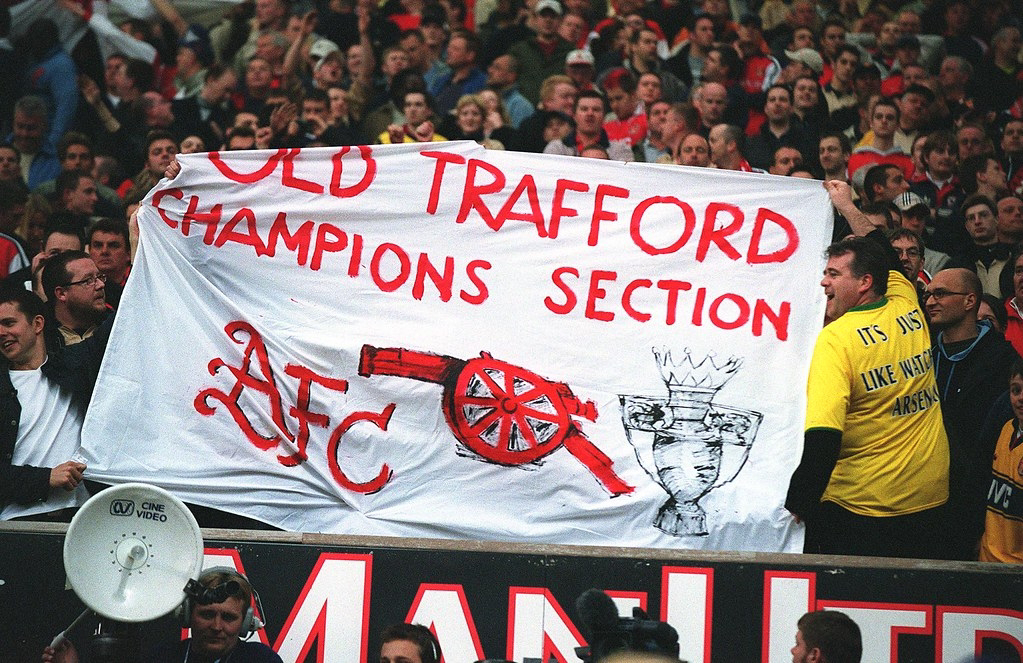 What I don't think the 01/02 double winning side got enough credit for was the fact that they scored in every single game in that season, and also didn't lose away from home all year. Many like to suggest that the Invincibles were lucky, but the suggestion that they were capable of achieving this feat had already been shown. 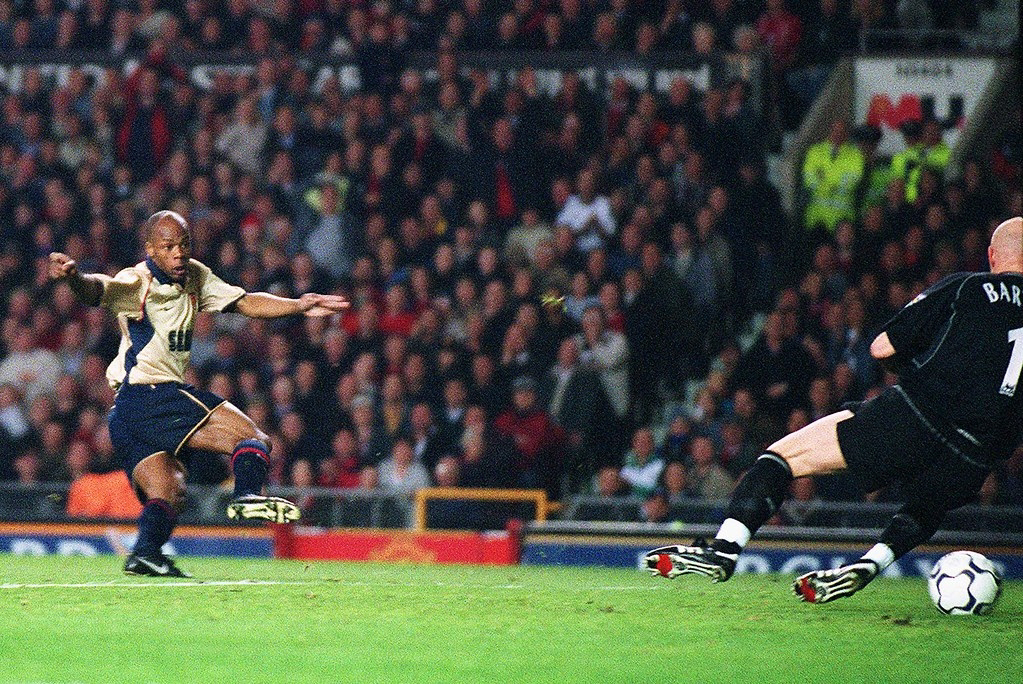 Truly, this goal is one of the most iconic images in the famous history of Arsenal Football Club, but that one moment tells only a fragment of the story. There were so many wonderful moments across the season that spring to mind; Dennis Bergkamp notching a late brace at Middlesbrough on the opening day of the season; Freddie Ljungberg tapping in at Anfield to put ten-man Arsenal 2-0 up; and Robert Pires elegantly lofting the ball over a stunned Peter Schmeichel against Aston Villa to name but a few. 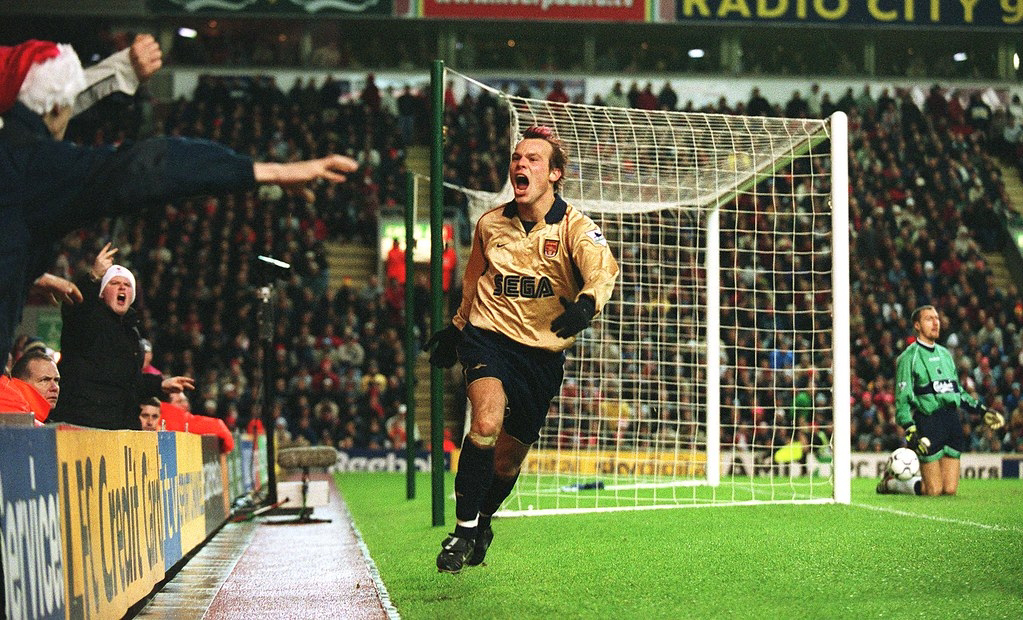 I have been waiting to write about this shirt, patiently, for the last two months. It is arguably my favourite Arsenal shirt and it is certainly the one that I have the fondest memories about.
Winning a title is always great, but doing it in the back yard of your fiercest rivals is another thing entirely. Of course, with that statement I could have been talking about winning it at White Hart Lane in 1971 and 2004, or at Anfield in 1989, or at Old Trafford in 2002. We are so blessed with the history of our football club.
It's very difficult to compare achievements of this ilk, but if I had to, "pushed out by Barthez, WILTOOOOOOORD" just about clinches it.