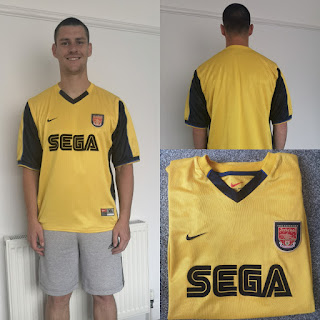 Copenhagen; UEFA Cup Final; Galatasary; Martin Keown blazing over from a yard out; a horrific set of penalties; heartbreak.
It was a game that Arsenal were red-hot favourites to win, having coasted to the final after a number of stand-out performances in the earlier rounds. I was watching the game with my brother, Dad and one of his friends, who happened to be a Gillingham fan. He had put a bet on Suker to score the first goal. I was a young and naïve child who didn't understand betting, so I assumed he must know something that I didn't. When I showed interest, he took great pleasure in announcing that this bet was not on Arsenal's Davor Suker, but actually for the Galatasary centre-forward, Hakan Sukur. To say I was angry is an understatement.
We watched as Arsenal tried to find a breakthrough and despite clearly having the better opportunities, the match went to penalties and the Gunners fell at the last hurdle. For me, this was a pivotal moment. When Arsenal last lost a cup final, in the 1995 Cup Winners' Cup, I was not old enough to really understand the importance. Now however, I was heavily invested and did not know how to process such a disappointment.
The following season, Arsenal again lost in a final, but this time at the hands of Liverpool in the FA Cup. We could, and definitely should, have had the game won twice over. Arsenal dominated and just couldn't get the crucial second goal that would have killed the game off. These two defeats hurt, and the memory of them will always cause pain, but they also were potential building blocks for the trophy-laden years that followed.
Many of the players from that period have highlighted the Liverpool game particularly, as a moment that motivated them moving forward, with a constant desire to not let the club be defined as a nearly side. This transfers to life as well. I have had to deal with a lot of hardship throughout by existence, and every single one of those incidents have allowed me to build resilience or to develop coping strategies.
It's not about how many times you fall, it's about how many times you get back up
I'm not normally one for mantras, but this is one that I can really relate too. Clearly, so did the Arsenal players of that time!