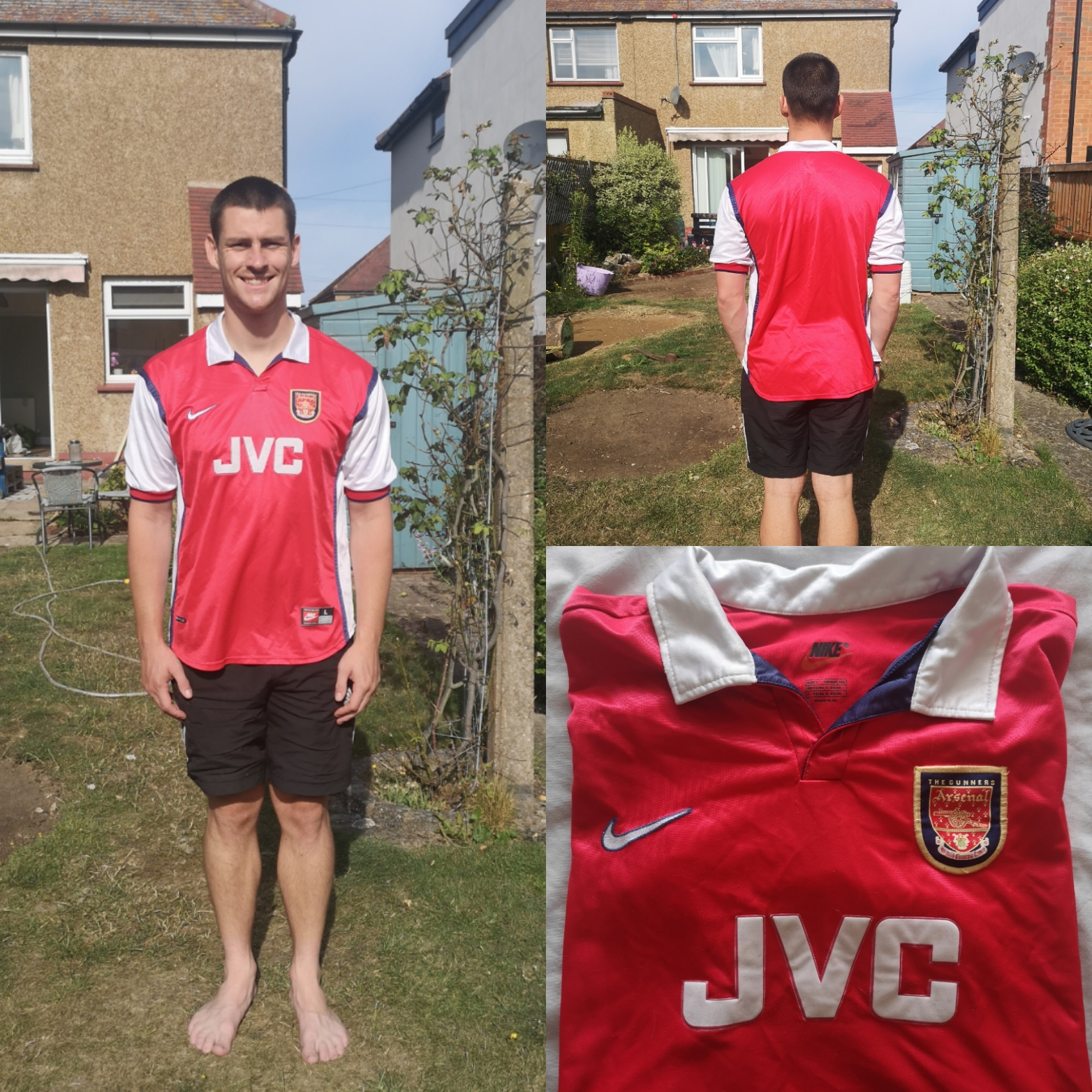 It actually hurts me to look at this shirt, and that is nothing to do with the shirt itself seeing as it's beautiful. It is the thought of that season and what could, and perhaps should, have been.
Arsenal went into the 98/99 campaign as double winners and looked like a team that were truly capable of usurping Manchester United as the dominant force of English football. A 3-0 win over their Northern rivals in the Charity Shield had set the tone, before  the same scoreline in an early-season showdown at Highbury in the league. Arsenal had the upper hand.
As the season ticked along, Arsenal had really gotten into their groove and looked on course to achieve an unprecedented 'double double' before a faitful night at Villa Park for the FA Cup semi-final replay that would go onto define the season.
With the scores tied at 1-1 and United down to ten men, Arsenal were awarded a penalty with just minutes remaining. Dennis Bergkamp, the normally so reliable Dutchman, was denied by Peter Schmeichel, and the impetus shifted back to Manchester United. Ryan Giggs' now iconic goal was enough to send United to Wembley and set them on course for the treble.
Momentum was now truly with United, and in the penultimate game of the season, Arsenal felt the heat and fell to a 1-0 defeat at Elland Road against Leeds United to all but gift the title back to the Red Devils. With the treble then completed following their victory over Bayern Munich in the Champions League final, United had produced one of the most incredible seasons in the history of English football; but it could have been so different.
Rewind back to that penalty kick. Had Bergkamp slotted the ball into the back of the net like he had on so many previous occasions, Arsenal would have been into the FA Cup final. I am certain that had that happened, they would have retained the league title in the following weeks. And had they done that, would United have had the belief to go all the way in the European Cup? It would have been a tall order.
Football is a game of fine margins. I could have easily been looking back at this shirt with fondness and pride, yet due to that one spot kick, it remains the one season review that I feel genuinely unable to watch.
You cannot take away the feat that that Manchester United side achieved. It was and still is an incredible and unbelievable campaign; but two thirds of that treble should have been returning to Highbury.
Could and should are wonderful words, but they can't undo fact and reality. I really wish they could.