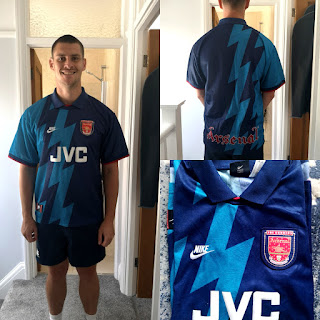 Over the past week, I've started to feel a lot more optimistic about the future of Arsenal Football Club. When we lost 2-1 away to Brighton, it felt as if any progress that we had started to make prior to the enforced break had been lost. At the time, I looked at the following four games (Southampton, Sheffield United, Norwich City and Wolverhampton Wanderers) and immediately thought there was a real chance that we would lose three of these games. Four wins in succession and I could not have been more wrong.
The arrival of Mikel Arteta as Head Coach has lifted the spirit inside the club, and although progress is not going to be smooth sailing, the victory on Saturday at Molineux felt like a pivotal moment. Arteta adapted his tactics before and during the game to nullify the very real threat that Wolves offer, directing the Gunners' best away performance for some time.
He is a man who has clear ideas and seems to always say the right things at the right time. He handles the media brilliantly, protecting his players and the club while also exerting just the right amount of pressure on the powers that be to ensure that they know he is not happy to simply go through the motions. He was criticised heavily for his substitutions in the loss at Brighton, but like all elite professionals, he learnt quickly from his mistakes.
So what relevance does the emergence of Mikel Arteta have with this shirt from 1995? More than you would think! Bruce Rioch was appointed as manager at the start of the 1995-1996 campaign, a man who felt like a safe option for the Arsenal board. David Dein, then Vice Chairman, had been vocal in his opinion that the club should take a chance and appoint Arsene Wenger. His plea was ultimately rejected, a situation that feels remarkably similar to the manner in which Unai Emery was hired as the successor to Wenger. Mikel Arteta had been heavily linked with the vacant post in 2018, and if rumours are to be believed, only a late change of heart resulted in the more experienced and safer option being taken.
Yet just like Rioch, Emery was unable to establish himself as the coach that Arsenal needed and was replaced by Arteta a little over a year after his appointment. Like in 1995, it felt as if the board should have been braver in their decision making. Often, a bigger risk can result in a far higher ceiling for success.
Unai Emery joined as a manager with a reputation for managing some big clubs and achieving moderate success. However, one need only watch Arsenal's 2-0 win at Wolves on the weekend to see the substantial progress that the club have made under the stewardship of Mikel Arteta. The future is bright, and while it may take a while for Arsenal to truly get back to where they belong, it certainly feels as if the club are heading in the right direction.
In Mikel we trust.