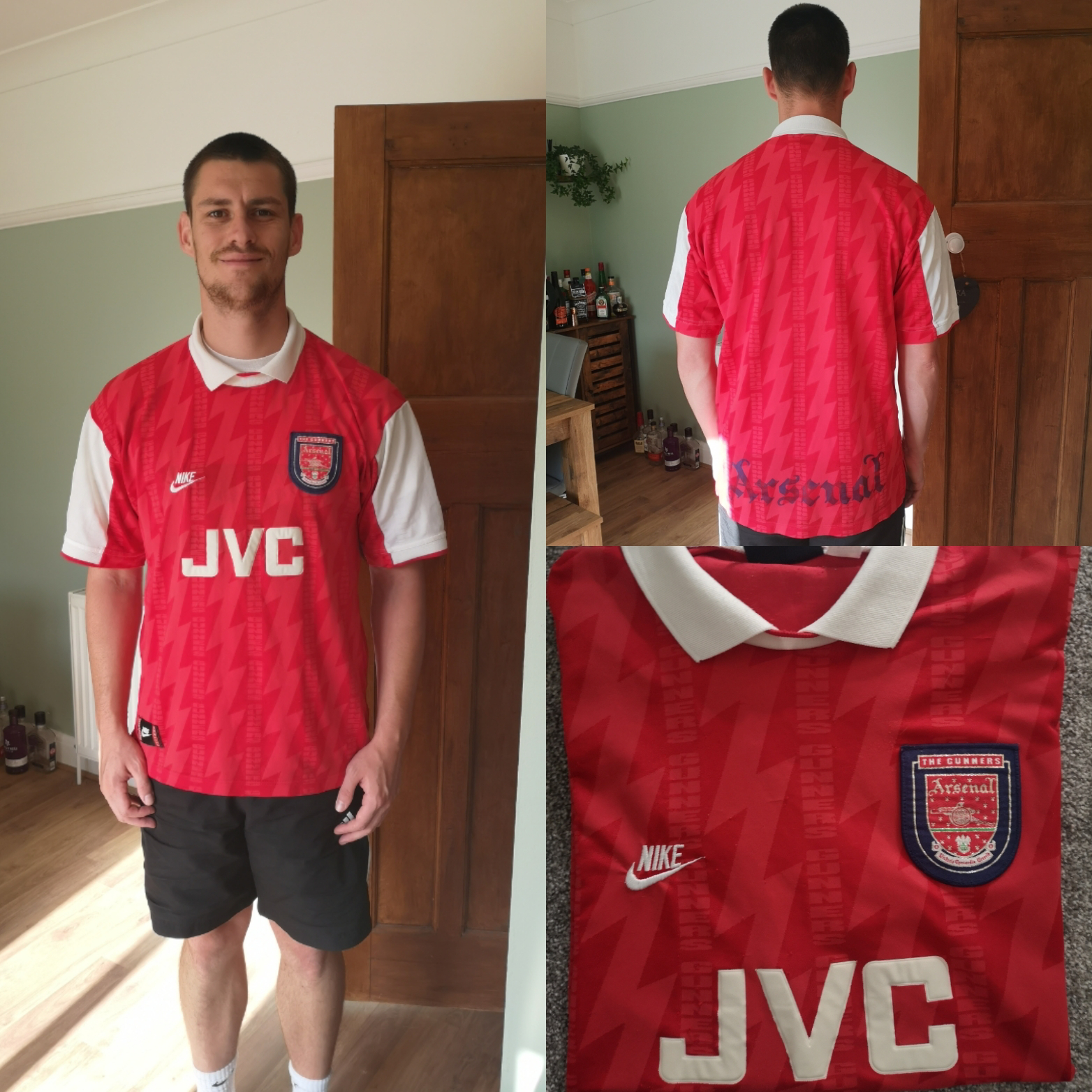 Yesterday I wrote a piece where I just moaned about the shirt. Today I get to write about a shirt that I absolutely love.
This, in my eyes at least, is what a proper Arsenal shirt looks like. Traditional red and white; a classy club crest; an iconic sponsor; and a collar - who says you can't look formal while playing football!?
Unfortunately, Arsenal didn't produce the kind of football or results that this shirt quite obviously deserved, and there are significant parallels to the current squad. In the 1994-1995 season, Arsenal finished 12th, losing 17 league games and finishing just six points above the relegation zone. Interestingly, the campaign also represented the last time that the league consisted of more than 20 teams, meaning that four teams were relegated from the top flight, with just two being promoted from the first division.
The current Arsenal side are on the verge of completing their worst campaign since the 1994-1995 season, but they are already assured of a top-half finish with two games to go. The fact I'm writing that statement with an almost positive outlook speaks volumes for the current mess that Arsenal are now in. However, I think right now I'd happily exchange our midfield options for the likes of Ian Selley and Steve Morrow!
The year after the dismal 1994-1995 season, Arsenal did of course sign Dennis Bergkamp, with the Dutchman firing home a last-minute winner against Bolton on the final day to clinch a UEFA Cup place. In the words of Ian Wright, the Messiah had lead us back into Europe!
If history is to repeat itself, it means that Arsenal should be signing Lionel Messi in the upcoming transfer window, so I'm feeling pretty optimistic for next season. Every cloud.