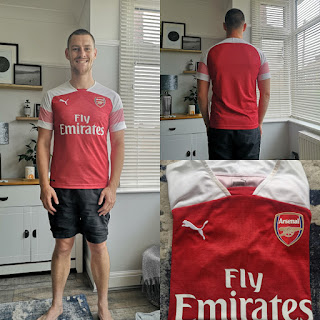 Unai Emery..... That was fun, wasn't it? Wasn't it!?
Like so many other Arsenal fans, I'm still having nightmares about his time at the club. When he was initially appointed, I felt okay about it. He wasn't an exciting appointment, but he felt like an appropriate and safe choice. Through his broken English, he seemed to give out the right sort of messages in his opening press-conference, asserting his desire to play a high-pressing game focused on positive football; the physical evidence of his philosophy reflected something totally different.
There were fleeting moments where it looked as if Arsenal were making some progress under the Spaniard. The 22-game unbeaten run following losses to Manchester City and Chelsea; a 4-2 win over Tottenham at the Emirates; and my abiding memory of his tenure, a 3-1 win at home to Leicester City.
The Leicester game felt like a fixture where everything had come together. Despite falling behind early on, Arsenal scored three majestic goals to claim a well-deserved three points. But this game was so much more than three points, it was Arsenal playing the kind of flowing, counter-attacking football that had long disappeared under the reign of Arsene Wenger.
The third goal, eventually dispatched by Pierre-Emerick Aubameyang, has become one of my favourite Arsenal goals of all time. Everything that Arsenal did in that move was perfect. The confidence on the ball from Rob Holding and Granit Xhaka to play around the Leicester press; the pass from Lucas Torreira from deep in the Arsenal half; Ozil's delicious flick to turn the ball around the corner into the path of Matteo Guendouzi; the pass into the path of Hector Bellerin to keep the move flowing; the delightful dummy from Ozil and pass back to the German by Alexandre Lacazette; and then the awareness of Ozil to roll the ball to the onrushing Aubameyang to tap home.
Football does not need to be complicated. It does not need a player to beat three opponents on their own and cracking one in from 30 yards. It can be a group a players all on the same wave-length, moving the ball simply and effectively. That goal, is as good a goal as you could wish to see.
This game was the first and only game that I attended with my fiancée, Laura. When this goal went in, I spent the next 20 minutes trying to explain to her why the goal was so incredible. She didn't understand. She can't even remember the goal when I show it to her on YouTube. That's okay, she has many other fantastic traits that I love her for.
The day was made even more significant as we had found out, while enjoying a pre-match pint in Twelve Pins, that our offer for our first house had been accepted; a moment that we will both never forget. It was perhaps poetic justice that this integral moment, with the love of my life, was shared in the presence of my first love, Arsenal Football Club. And perhaps even more befitting, this shirt was purchased for me by Laura.
She may not understand Arsenal, but she understands that it is an integral part of my life, and therefore by extension, hers. She is though, my number one..... just!