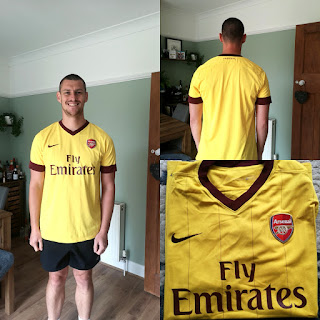 There are a few Arsenal matches over the years that have involved such bad refereeing decisions, that I have simply refused to accept them and move on. In fact, there are three that immediately spring to mind. Stephane Henchoz punching Thierry Henry's goal-bound effort away in the 2001 FA Cup Final, and Mike Riley's officiating atrocity at Old Trafford to put an end to Arsenal's unbeaten run sit comfortably in the number one and two position. But the bronze medal? The dismissal of Robin van Persie at the Nou Camp in 2011.
Arsenal had stunned Barcelona in the first leg of the last-16 Champions League tie, coming from a goal behind to take a 2-1 lead heading into the second leg. It was a magical night at the Emirates, and it was an evening that I was fortunate enough to not only share with my Dad, but also with two of my university friends, Andrei and Chris.
Heading into the second leg, we had decided that none of us could handle watching the game in any of the pubs in Eastbourne, so it was decided that we would have our own party in Andrei's then girlfriend's bedroom. For the whole day, I was unable to focus on anything other than the game. Walking through the town centre, I was shocked that I had actually seen more Barcelona shirts than Arsenal. This did however, confirm that the decision to not watch the game in public was correct.
The game started and we were naturally tense. Barcelona had slaughtered Arsenal in the opening 45, but it looked as if the Gunners might creep into the interval at 0-0 and still in control of the tie. Just as the half entered into stoppage time, Barcelona were awarded a penalty, which was coolly dispatched by Lionel Messi. Advantage Barcelona.
Arsenal had barely entered the Barcelona half, let alone threatened Victor Valdes' goal. They did not look like a team capable of overturning Barcelona's advantage. Football however, often throws up remarkable scenarios. Just eight minutes into the second half, the Gunners were level through an own goal by Serio Busquets. Zero shots on target; zero shots on goal; but somehow, Arsenal were level and back in control of the tie. Never has an own-goal been celebrated so wildly by three individuals in a university bedroom.
Three minutes later and the tie was effectively over, thanks to the bronze medal of horrific refereeing. A clipped through ball was met by van Persie, who controlled before firing wide, not knowing that he had been signalled offside. Then, to the shock of the players, commentary team and the 95,000 fans in attendance, the referee issued the Dutchman with a second yellow card for kicking the ball away. Arsenal protested, with van Persie frantically ushering towards the thousands of fans and touching his ear to indicate he could not hear the whistle, something he reiterated in no uncertain terms in his post-match interview. 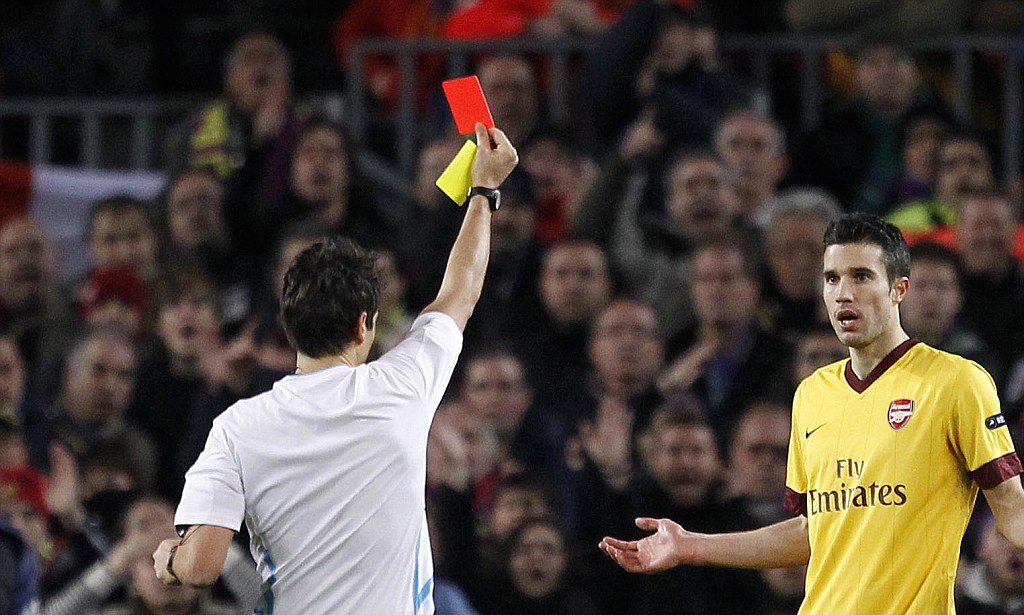 Barcelona went onto win the game 3-1, and the Gunners were out. The following day, I went to my lectures as normal, wearing my Arsenal shirt with pride. Naturally, being a sports course, I was subjected to a torrent of abuse. However, nothing bothered me as much as the following statement:
"Why are you even talking about the red card? Barcelona would have gone on to win the game anyway!"
And I will respond to this statement now in the exact same way that I responded then. Yes, Barcelona may have gone on to win the game regardless of the red card, but the fact of the matter is that at the time that Robin van Persie was sent off, Arsenal were level on the night, and led 3-2 on aggregate. Would Arsenal have held on for the remaining 35 minutes? Probably not. But could they have? Possibly.
I'm still upset.