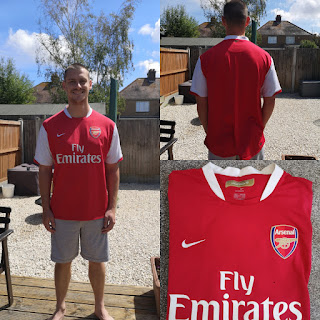 This morning, I read an interview with Arsene Wenger, by the brilliant Amy Lawrence on the The Athletic. It left me pining for the days when I would genuinely look forward to watching Arsenal press conferences. Without fail, Wenger would have me gripped from start to finish, as he was quizzed on football, society and everything else in between. He had such a way with words that he made even the most tedious and mundane topic sound beautiful and mesmeric.
Of course, this article was no different. It was full of classic Arsene quips and tales that differentiate him from almost anyone else involved in the beautiful game.
"An optimist is a happy idiot. A pessimist is an unhappy idiot."
It's such a simple comment, but one that I find instantly relatable. I suffer from Bipolar Disorder, and this statement essentially summarises the two states that I frequently visit. During my manic phases, I believe I can conquer the world and there is nothing that can stop me. On one occasions, I told my whole family that I was going to buy a cheap car and drive it all the way to China. I hadn't considered any of the plausibility, I hadn't even worked out how I would accrue the money for such an outlandish venture, but I was adamant that I was going to achieve my dream; a happy idiot.
Little more than a week later and my outlook had flipped immeasurably into a deeply depressive phase. No longer was my head floating in the clouds; no longer was I capable of anything. In fact, I now couldn't see my worth to the world, let alone to my Top Gear Christmas Special proposal; an unhappy idiot.
So what does any of this have to do with the above shirt? Well, nothing and everything. This is the shirt that Arsenal wore during their first season at Emirates Stadium, a significant shift to the future of the football club. Why was that change possible? Largely, through the efforts of Arsene Wenger.
I have been very vocal in the past about my relationship with Arsenal's new stadium, pining for the simpler days of my trips to Highbury. But it is impossible to look at that historic move and not admire the tenacity of the former Arsenal manager. During his time at the club, he transformed the Gunners into a global football club. Of course, he was not the sole reason for these changes, but his role in both transitions cannot be overstated.
When Arsene arrived in England in 1996, he changed the direction that English football was heading. His style of football and his innovative ideas on physical development and nutrition set him apart from anything else that the English game had seen. He was the catalyst for change.
When Arsenal walked out at the Emirates for the first competitive game against Aston Villa, I believed that Arsenal were about to take Europe by storm; I was a happy idiot. Fast-forward 14 years, with Arsenal floating in the purgatory of midtable, I no longer believe; I am an unhappy idiot.