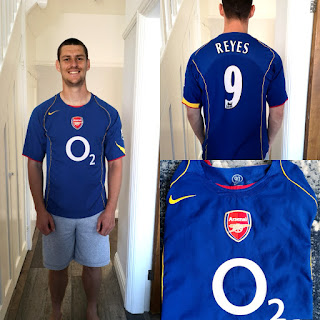 It would be inappropriate to begin this post anywhere other than the memory of Jose Antonio Reyes. The Spaniard was involved in a fatal car accident in 2019, aged just 35. His death probably hit me harder than any other celebrity in my lifetime. This was the first time that one of my childhood heroes had passed away and it prompted me to dig out my old shirt immediately. I spent a long time looking at it, thinking about some of his finest moments in an Arsenal shirt, but also contemplating the crippling uncertainty of life. This was a young man in the twilight of his football career, but very much in the dawn of his life.
On the pitch, Reyes could change a game in a moment. After a slow start to his Arsenal career following his January arrival in 2004, Reyes began the 04/05 campaign on fire, netting in each of his first six games of the season. This impressive start earned him the August Premier League Player of the Month award, and although he contributed some important goals throughout the season, this was the pinnacle of his year. It soon became clear that the Spaniard was struggling with life in England, and his desire to return to his native country was highlighted following a hoax call that prompted him to declare his unhappiness at the club.
But regardless of the positive memories that he left behind, the match that stands out is arguably the match that broke him; Manchester United away. Arsenal went into the fixture chasing an elusive 50th unbeaten game and had been playing arguably the best football that the unbeaten run had seen. The Gunners had been sweeping teams aside and looked a team capable extending the run well beyond 50 matches. Manchester United and specifically referee Mike Riley, had other ideas. 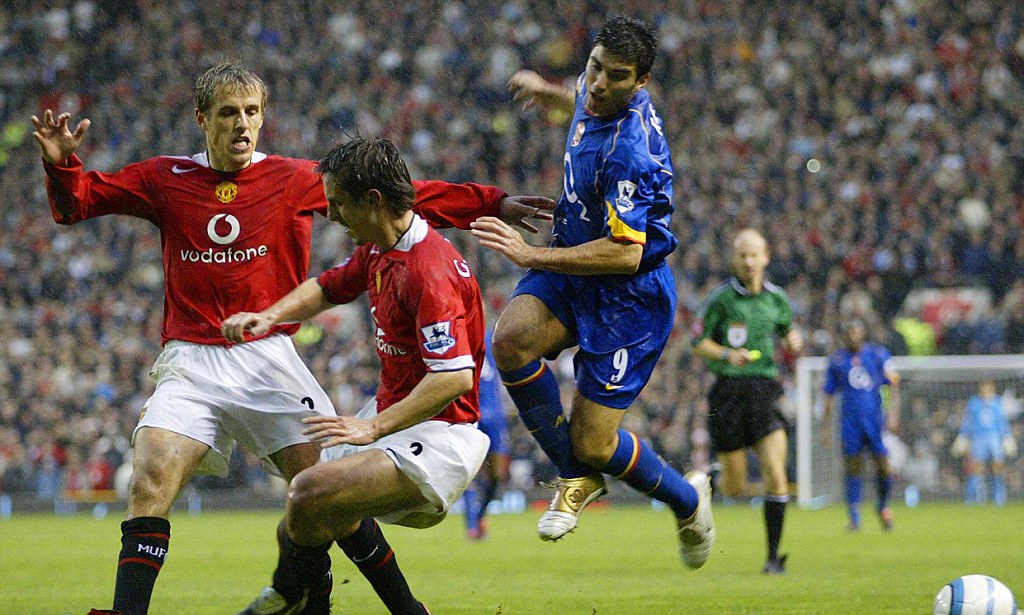 Now, before anyone accuses me of being bitter, I would implore all of you to watch the highlights from this match. It is not unreasonable to suggest that United could have had three players sent off in the opening 45 minutes. Freddie Ljungberg close-lined by Rio Ferdinand when through on goal; Ruud van Nistelrooy driving his studs down the shin of Ashley Cole; and Gary and Phil Neville taking turns at kicking lumps out of Reyes.
It was truly astonishing watching foul after foul be committed with next to no sanction given out. United eventually found the breakthrough from the penalty spot, when Mike Riley sensationally saw fit to point to the spot following what appeared to be a fairly obvious dive by Wayne Rooney. With Arsenal chasing an equaliser, the hosts grabbed a late second to put the game beyond any doubt, confirming a defeat that would derail what seemed set to be another extraordinary year for Arsenal.
There has been an old adage that has often been used to describe Arsenal; they don't like it up 'em. It is a media driven slogan that has no doubt contributed to a number of serious injuries over the years, not least the career-threatening injuries sustained by Abou Diaby, Eduardo and Aaron Ramsey. This was again the approach taken by Sir Alex Ferguson in working out how to stop this formidable Arsenal side. Could his side outplay the Gunners? Certainly not. But would they have a chance if they tried to kick them off the park? Quite possibly.
It is of course not uncommon for teams to take a physical approach, particularly in English football. It is an element of our game that has distinguished itself from the rest of Europe. But, players expect to be protected by the officials. If they are not, then fear will inevitably creep in, which was certainly the case with Reyes. A player who had set the Premier League alight in the early weeks of the season, all of a sudden looked a shadow of his former self.
Reyes eventually returned to Spain in 2006, signing for Real Madrid in a loan deal that saw Julio Baptista go the other way. Before his tragic death, he played much of his remaining years in his homeland, enjoying some success. But it is fair to say that he never quite reached the heights that his obvious talent could have allowed him to summit.
One thing is certain though; he will always be an Invincible.